Look ahead into the future
Give an extravagant touch to your bathroom, with the classic series of Kubic Taps from Tre Mercati. Amply resplendent and aptly sumptuous for your aesthetics, the pretty range of Taps is simply a supreme combination for your home.  The Kubic series colossally rouses one’s alacrity to own it. Significantly, pure calibre is seen in the brass work of the pieces in the range, for they perform exceedingly well, satisfying your urge for a perfectly and proficiently functioning Taps.  The Kubic leads the contingent of a perfect ensemble in your bathroom space.

The sublime elegance and sophistication is manifest in the intricately crafted curves, designs and shapes. Predominantly, the fact hails that you get lauded for your class, choice and style, possessing the Kubic series. Tre Mercati’s endeavour gets shone again, which is to benefit you with the best and top quality components for your bathroom, yield you the advantage of owning the purest form of elegance and modernity, making it available at attractive prices. 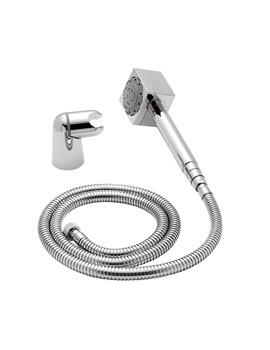