Winters in the recent past have been growing a little more severe than they were in the last century; the predictions from the weather forecasters seem to be in line with this recent trend leaving us no premise to doubt their veracity and portent, forcing us to ponder over our preparations for the upcoming freeze. Back in 2005 a law was passed in the U.K. which proposed the replacement of traditional boilers with the environment friendly condensing boiler. But then in 2011 there were reports in the media about some of the condensing models failing under extreme chills to which a solution was promptly found and our society continued enjoying the warmth inside their homes. 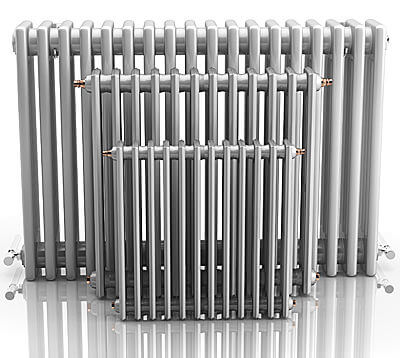 The furnace comes to mind as the predecessor of the present day boiler—the main source of heating for all central heating systems, which back in 1800s, was dependant on the furnace supplying heat to the heating ducts via large underground passage available only to a select few. Before the new law took effect in favour of the condensing type over the conventional or open vent boilers were dominant as they were cheaper and according to many were long lasting—the difference, however, made by the condensing boiler was its efficient use of energy by reclaiming most of the usually vented out heat as in case of the traditional boiler in the form of steam and gas. This steam would be condensed into water leading to almost double the efficiency, which meant 93% extra heated water than the traditional boiler could manage. In addition to efficient heating the condensing method proved less harmful to nature reducing carbon footprints by reduced carbon dioxide emissions. As a matter of fact; we in the U.K. were slow on the uptake in comparison to countries like Germany and Holland where more than 50% boilers were of the condensing type back in 2005.

What was not foreseen in this technological transition was the severely limiting effect of extreme winter which froze the water draining pipe of the condensing boiler that was to empty the waste condensed water into the house’s external drains. This failure sparked a row in the media in 2011 as there were many cases of dead condensing boilers chocked by the frozen outflow pipe, however, the problem was rectified with a new pipe which would be able to withstand greater chill.

Central heating systems have evolved over a century; as a part of its evolving apparatus the boiler-radiator combination has been found to be the most efficient and dynamic where the boiler assumes the responsibility of the engine generating heat by burning gas, the heated water from the boiler is transported through a pipe circuit to the radiator and returns at a dropped temperature through the circuit into the boiler, thus completing the cycle, the heated water within the circuit is kept at a constant temperature ideal for heating the chosen room and its travel through the circuit is ensured with help of an electric pump which is either situated inside the boiler or close to it.

Historically speaking, Britain did have central heating (hypocaust) under Roman dominion but the idea seems to have travelled back to Rome with the end of Roman rule; the hypocaust system which relied on wood and charcoal as fuel to send hot gases moving through underground columns that were connected to rooms via air ducts was the first demonstration of indirect heating, this idea was later replicated in central heating systems which was to emerge with better heat radiating ideas and offered steam and water as the mediums to carry heating of which steam later supplanted by warm air has been the accepted medium while we in the U.K. along with Europe have chosen water.

The seeds of central heating lay in John Horsley Palmer’s desire to grow grapes in England—the Governor of the Bank of England had the first central heating system commissioned and completed in 1832 to replicate ideal grape growing temperatures, the maker of the system Angier Perkins was an American who flourished in the U.K. continued serving the commercial sector with his services and improved upon his successive models. Concurrently in the 19th century the radiator was born which was to be a defining moment and shaped the modern central heating system. Franz San Galli and Joseph Nason have been credited to have contributed to the development and invention of the present day radiator. The patent belongs to Galli while Nason according to some sources seems to have met Perkins in the U.K. and worked on many of his projects and concurrently developed tapered pipe threads which contributed to the birth of the radiator. Central heating as a concept was strengthened with arrival of the radiator delivering optimal heating like never before.

Radiators can be likened to a messenger of warmth, emanating heat to the most remote location within the confines of your home. Americans were the first to enjoy central heating en masse owing to the arrival of economical cast iron radiators. Both boiler-radiator and furnace –duct combinations dominated the heating scene in America until the fuel base changed from coal to Gas and Oil fired Forced-Air-Furnaces outgrew the earlier system capturing almost 70% of the North American market.

As Americans were to embrace the Forced-air central heating Europeans and the people of U.K. in particular chose hydronics as their method which adopts water as the medium of transferring heat into their rooms for which the radiator continues to play a pivotal role.

Today, if you were to visit a website or do a random search on radiators you will find single and double panel ones along with convector fins. Apart from heating it’s the space occupancy and aesthetical considerations also which drive us home to the final decision. As a matter of illustration: double panel radiators emit more heat and yet we have single panel radiators in the market which sell a lot to reiterate my earlier point about space and aesthetics. And don’t hand the short-shrift to the convector fins as they are instrumental in increasing the surface area of the radiator helping more heat to waft through our rooms.

The make—Steel, Cast Iron or Aluminum. Each type has an overwhelming number of admirers who are more than willing to extol the virtues associated with their choice. The factors largely influencing a buying decision are the speed at which a room can be heated; the duration of heating sessions required which is based on the radiators’ capacity for heat retention which has direct impact on fuel consumption; and to a certain extent the space-aesthetic consideration. A cast-iron radiator is slower in comparison to other varieties in its transmitting ability while the non-corrosive steel radiator is known to be quicker than cast-iron and is lighter too, it ranks better than iron on aesthetic considerations, but one must check for the grade as there are 150 grades of steel and the qualities therefore would not be uniform. Aluminum being the most superior conductor among these is also the most expensive as it can warm your room almost immediately with lesser water requirement; lastly aluminum is lighter than steel which makes it easiest to maneuver and install.

The ideal spot for the radiator to assume centre stage is a corner which is most secluded and cold as it is increases the radiator’s effectiveness. Never behind the drapes, especially if they are full length trappers or behind any solid object it would do well under them thus under a mantle or a ledge and even a windowsill would do a lot of good to keep the heat flowing within your room.

I’m sure that most homes have a functional boiler, but if its condition demands a replacement then do consider the following: for those who prefer water back-up we have the condensing boiler which would fill in better than the open-vent system as discussed earlier; then there are those houses which don’t have sufficient space and cannot host an elaborate arrangement as required for condensing-conventional-boilers such houses will do better with combination boilers which have condensation integrated into their process where the only drawback would be no water storage along with lack of multiple heated water outlets and the plus would be instant water heating and limitless heating for your room; system boilers on the other hand would be a good arrangement for those who need hot water running from multiple taps and don’t have space for the cold water tank as used in conventional systems which exposes the drawback of reheating water to store in the hot water tank.

As in the case of the condensing boiler the way forward with every apparatus related invention is always filled with trials and every trial must bring its measure of disappointments which in the end results in greater resolve and ceaseless endeavors to carve new paths to deal with dynamic challenges, we could have never foreseen the different approaches that have resulted over the years to combat changes in the environment and lifestyle. The concept of central heating has stood the test of time and is very likely to remain the most preferred method and will continue to dominate the heating scene for a very long time!