Hygiene on Earth and Above

Personal Hygiene for us often is part of a daily routine, discipline for some and simply a matter a habit for many. Most of us don’t give a second thought to how we brush, bathe or use the toilet. Just like breathing, we mindlessly follow a set-pattern, day-in and day-out. The same holds true for our diets; we indulge without thinking about the impact these foods have on our digestive system and consequently the elimination process. We chew unconsciously, having a bagful of fries in front of the television or when reading the newspaper. 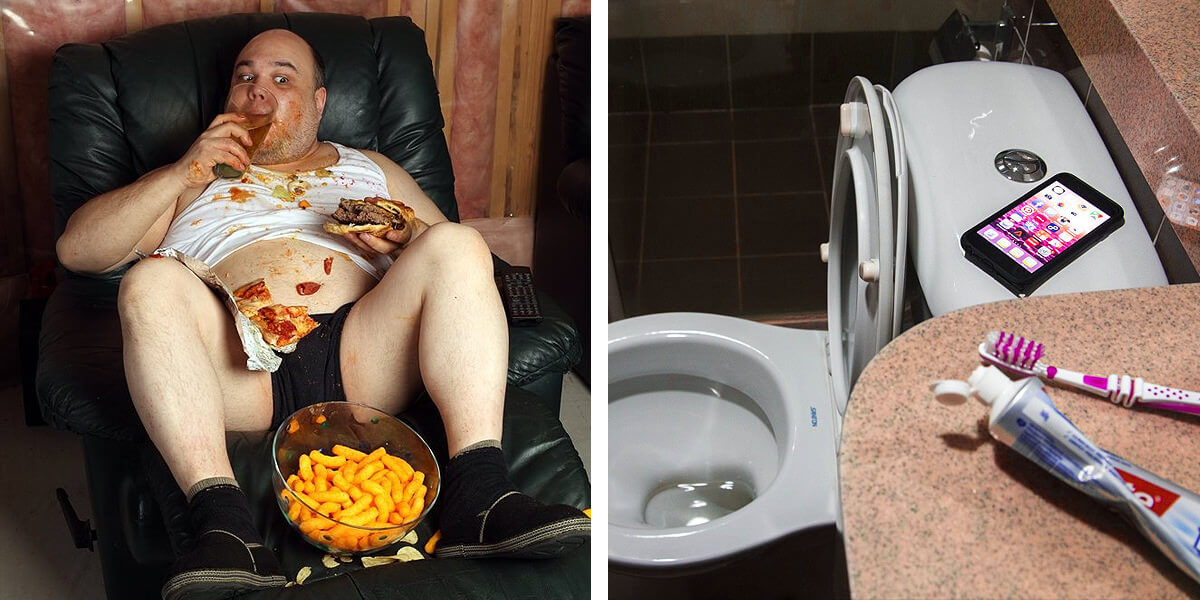 However, some of our discerning counterparts are more particular about these practices, down to the minutest details, be it the choice of bathroom furniture, sanitary ware, the kind of hand soap, the position when using the toilet etc. Many of us look forward to that long-soak in the bathtub at the end of a hectic-day, to melt away the stresses, aches and pains. In many ways, we are spoilt for choice when it comes to the sheer plethora of options available in the market today, to meet these very basic needs. But these are our stories on Earth. 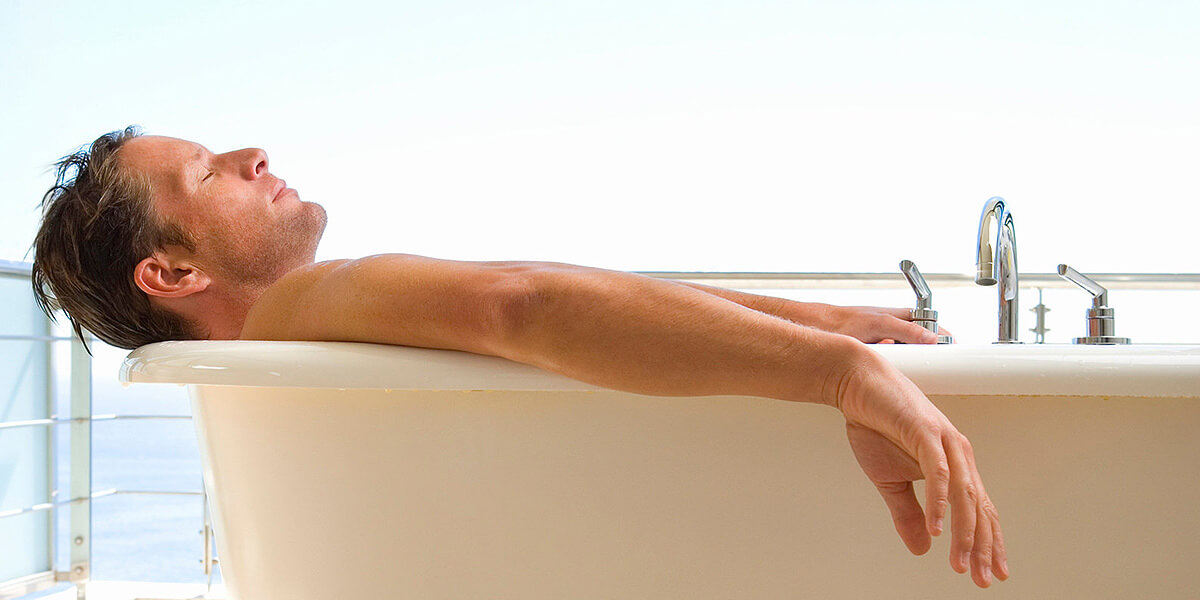 Imagine that you are not on Earth, but orbiting the Earth in a space-shuttle, millions of light-years away or at a space station, with negligible gravitational forces to hold down your weight. Personal hygiene-suddenly becomes a topic of intense discussion and calls for training sessions for something as basic as brushing your teeth. Microgravity or weightlessness poses the biggest challenges in space; with no earthly forces to pin-down items, bodies of astronauts and all their personal belongings, like shampoos, combs, toothbrushes are free-floating. Under weightlessness, the internal physiological processes also change; food and water pass more quickly out of the stomach, and so astronauts have to relieve themselves more often. Also, the secretions of the salivary glands decrease while sweating increases, magnifying the risk of dental plaque.

How it all began! 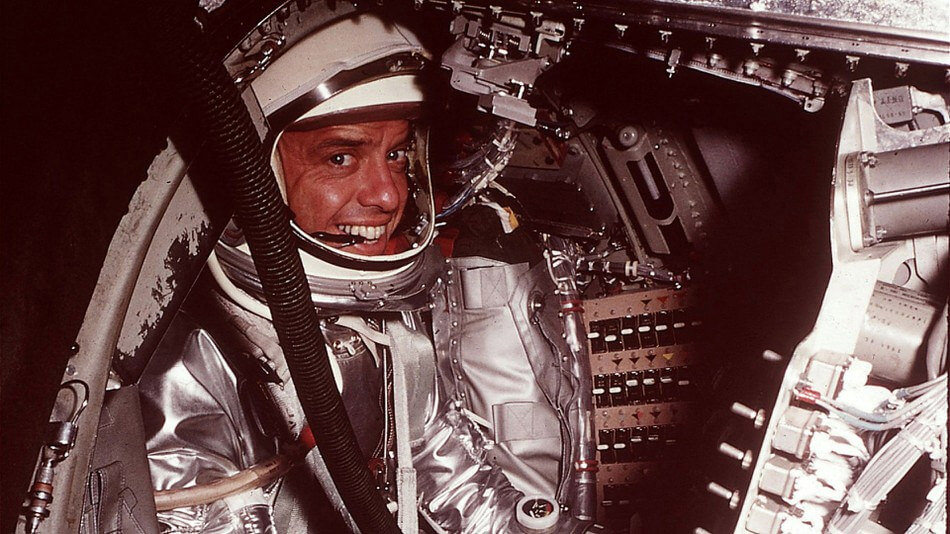 In May 1965, NASA astronaut Alan Shepard was all set to become the first American man to make history, being launched into space for a 15-minute flight on spacecraft, Freedom 7. Not many at NASA had given much thought to installing a toilet for such a short flight. However, something unexpected happened. There were major delays due to glitches in the launch procedure; consequently, Alan was stuck inside for hours and as had a sudden urge to relieve himself. With TV cameras and millions watching his every move, moving out of the space-capsule was not an option, so he eventually let-go in his suit. Little later, Freedom 7 was launched into space, with the astronaut on his first space mission in a urine-filled suit. 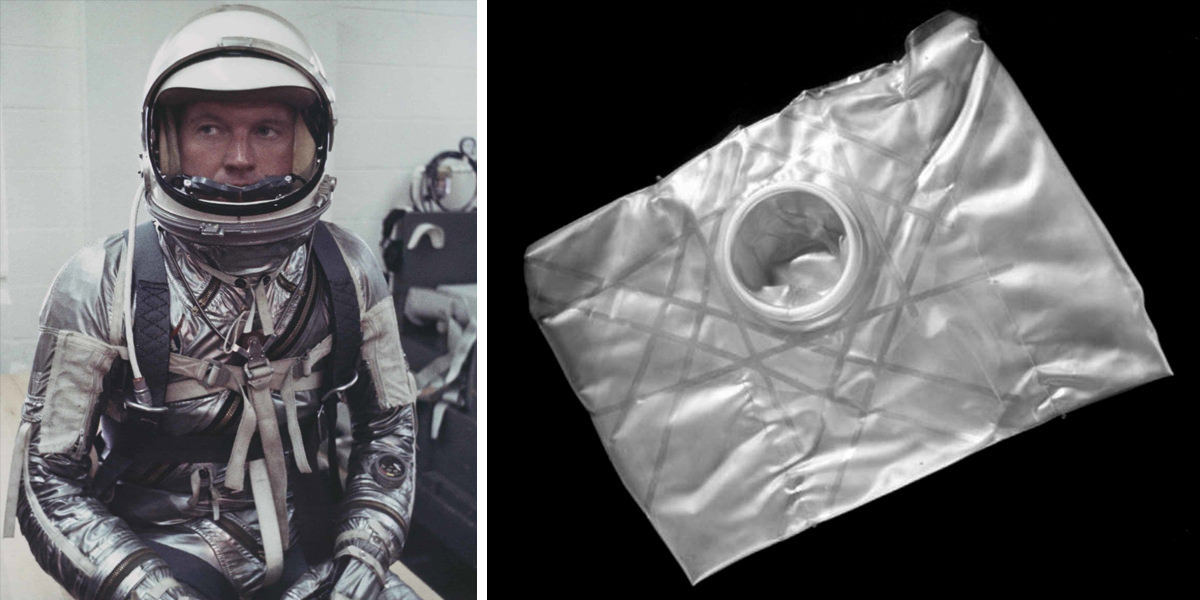 Managing waste disposal in space continued to be a challenge for NASA. 2 years later, along came the urine-collection device that Astronaut Gordon Cooper had to wear, on his launch flight. Once again, the system turned-out to be ineffective as his waste collection bag leaked and the urine disrupted the functioning of the electronic devices and automated systems onboard.

Space Toilets continued to be a topic of grave concern and intense debate even when the first Apollo missions were launched. Each astronaut had a waste collection bag, a large plastic bag (for solid waste) which had to be stuck to the bottom with tape, but there were many occasions when the bags became detached, with solid and liquid waste escaping from these. To minimize the ordeal and embarrassment, the astronauts had to prepare their bodies much in advance. One trick was to ensure that they didn’t get the urge to move their bowels too often; they had to adhere to a strict high protein diet, consisting mostly of meat and eggs. However, the egos of astronauts took a beating, and these methods didn’t prove very popular with space-travellers.

Also, media reports on these not so “happy” incidents gave rise to the need to develop better, more sustainable and space-savvy toilets. Plenty of research and millions of dollars were invested by space equipment manufacturers, with companies the world-over competing to win the converted contracts for producing and providing custom-made space toilets. All these efforts paid-off and eventually a scientifically advanced, practical and astronaut-friendly toilet was created, tested and successfully launched.

Where they stand today? 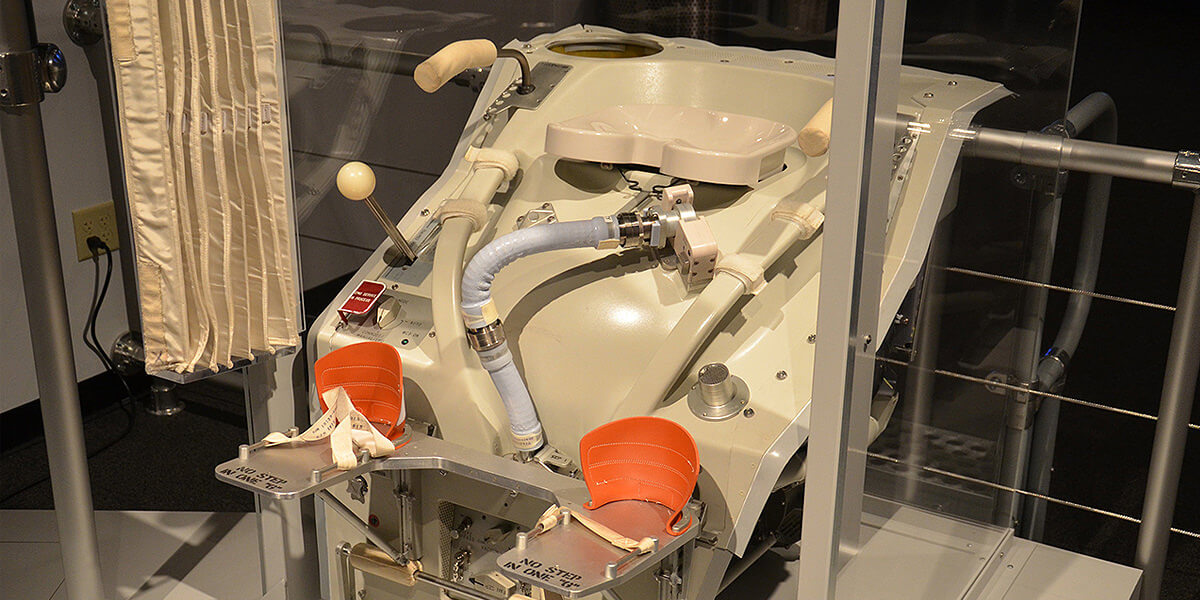 The most recent toilets in space are, therefore, a technological marvel and aptly called the Waste Collection System or WCS. The WCS is a fully-integrated flushing toilet that uses air instead of water. It is a unisex toilet, housed in a small room in the crew area. The commode is the size of the room itself. A bar has to be fit across the thighs of the astronauts, to prevent them from floating away when using the toilet. Thigh straps and foot restraints are also provided in case the bar doesn’t prove effective. The toilet is basically a funnel attached to a flexible hose and can be used both in sitting or standing position. The seat of the commode is specially made of a contoured, semi-soft material, complying with a set standard. The toilet senses the user location, in the correct position and uses air to draw away wastes from the body, in the absence of gravity. After every use, the WCS valve needs to be opened to expose the solid wastes to space, which then get freeze-dried, under natural vacuum. These are brought back to earth with the space-craft and disposed-off. 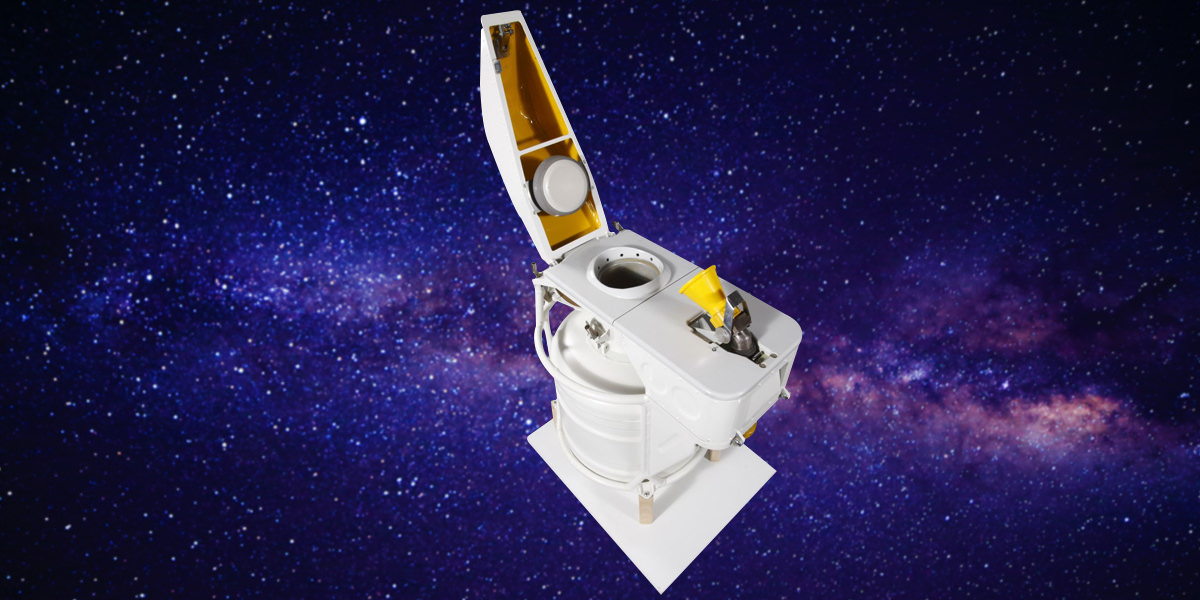 In 2009, an increase in the number of crew aboard the International Space Station (ISS) shared by Russia and US compelled NASA to shell out a whopping $19 million for the latest space toilet. The new construction was purchased from the Russian aerospace company, S.P. Korolev Rocket and Space Public Corporation. Russians had been designing by far the best space toilets, with their astronauts like Yuri Gagarin having much better elimination experiences than their US counterparts. Superior to the earlier toilets, the Russian model functions on similar lines as a water-treatment plant and recycles urine into clean, drinkable water, which can then be re-used.

But using a toilet in space is no mean feat-astronauts are well trained to secure themselves to the toilet in order to not float-away. It is clearly a daunting and challenging task to the men and women who dare to venture into space. Astronauts go through training of positions on Earth using mock-toilets to ensure that they aim right and solid waste directly enters the narrow opening of these space toilets. They are also put on rigorous diet, months prior to their space missions to make the digestion and elimination processes easier on their bodies and the toilets.

With space travel set to become more popular among the general public, there is an urgent need to work on cost-effective, user-friendly, innovative models. Soon, we may see many more of these toilets on our space journeys, similar to those which we make on our planet.