The Towns And Cities With The Most Complained About Public Toilets 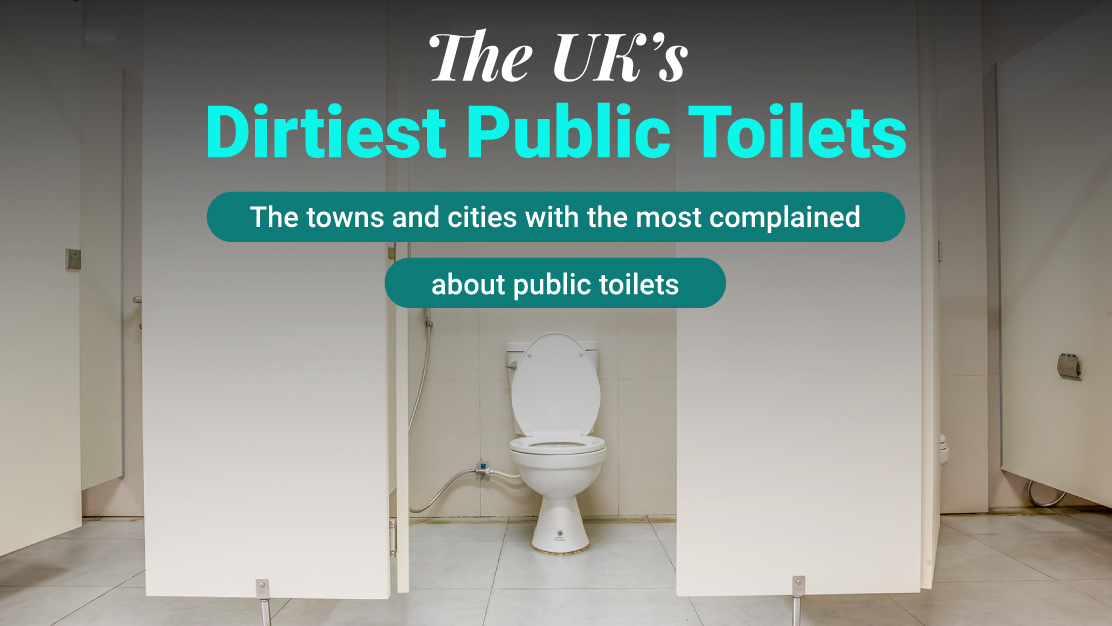 If the past couple of years has taught us anything, it's the importance of cleanliness and hygiene. The bathroom is one of the most important rooms of the house to keep clean and tidy, with lots of germs and bacteria living in our toilets and sinks.

While it's essential to keep our bathrooms and toilets clean at home, we also expect the toilets where we spend a penny out in public to be kept clean too.

As the bathroom experts, we at AQVA wanted to find out more about the public toilets around the UK to discover just how clean they are. By conducting Freedom of Information Act requests to 108 councils, we were able to find out which councils have received the most complaints regarding the cleanliness of public toilets during 2021.

It should be noted that some councils were unable to provide data due to a number of reasons such as not having the information recorded in an easily accessible way.

The cities with the dirtiest public toilets 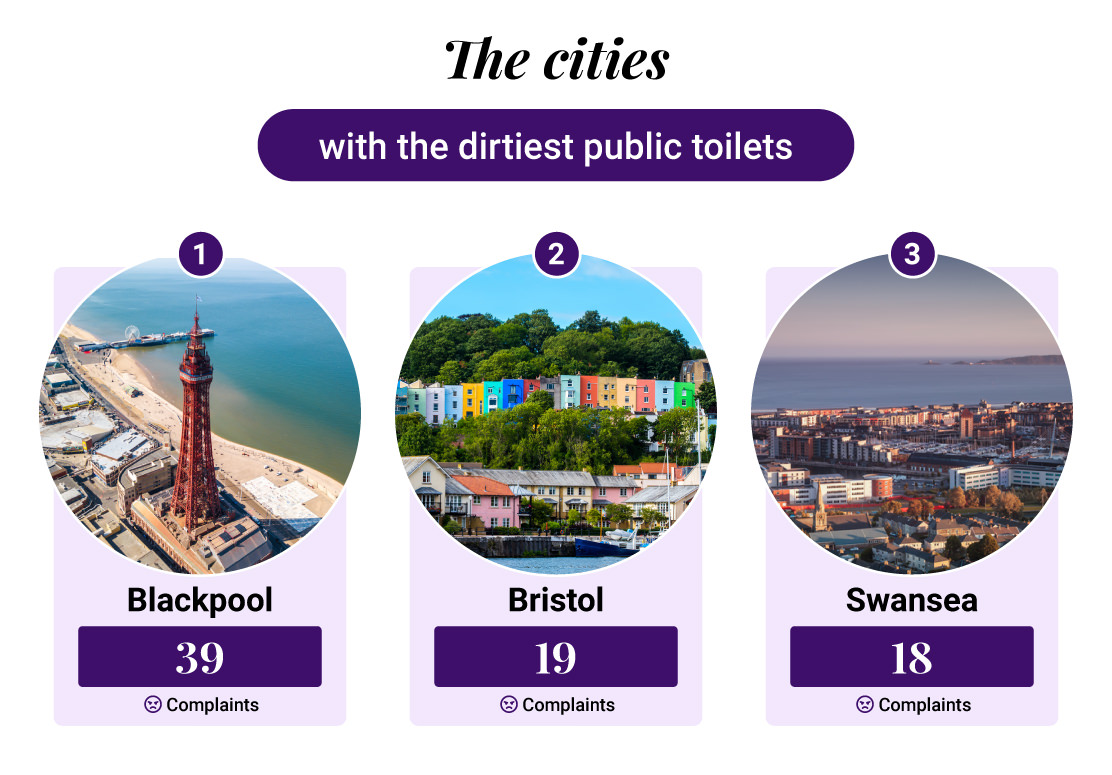 Taking the unfortunate top spot is Blackpool where 39 complaints were registered regarding the cleanliness of public toilets during 2021.

As a seaside resort, Blackpool attracts a huge number of tourists throughout the year, presenting the need for plenty of public toilets to be available. In fact, the most complained about toilets at the Central Drive Car Park are just a stone's throw from the beach.

Bristol is known for its thriving arts scene, but when it comes to public toilets, the city leaves something to be desired. With 19 complaints in 12 months, Bristol sits in second place amongst the cities with the dirtiest public toilets, with the toilets at Canford Park raking in the most complaints overall.

Heading into Wales, we round out our top three with the city of Swansea. As another coastal city, Swansea attracts plenty of tourists, many of which find that nature calls, but the public toilets aren't up to scratch. During the course of 2021, 18 complaints were lodged by members of the public regarding the cleanliness of public toilets in the area, with the largest amount of complaints being in reference to the facilities at Rhossili. 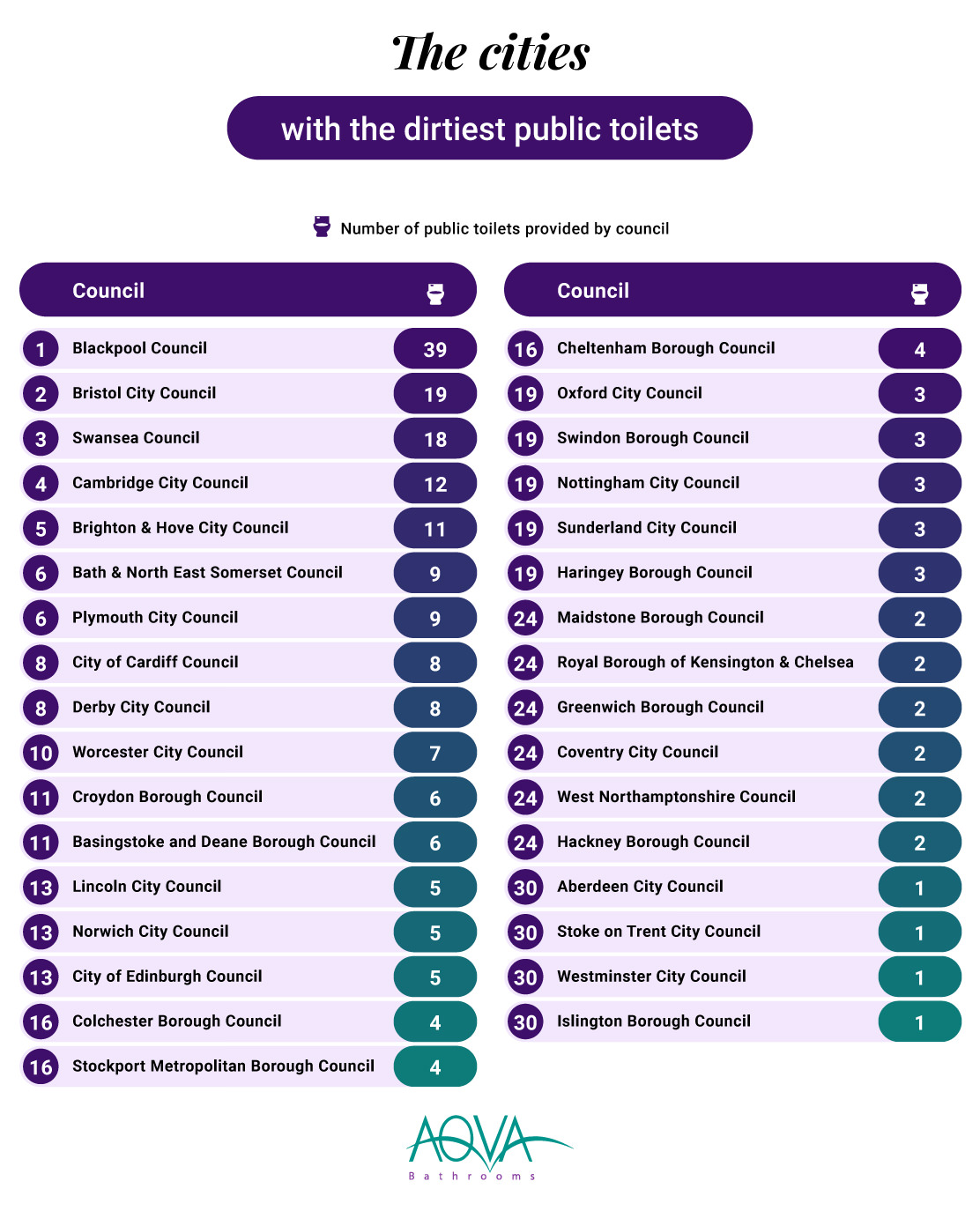 The cities with no complaints 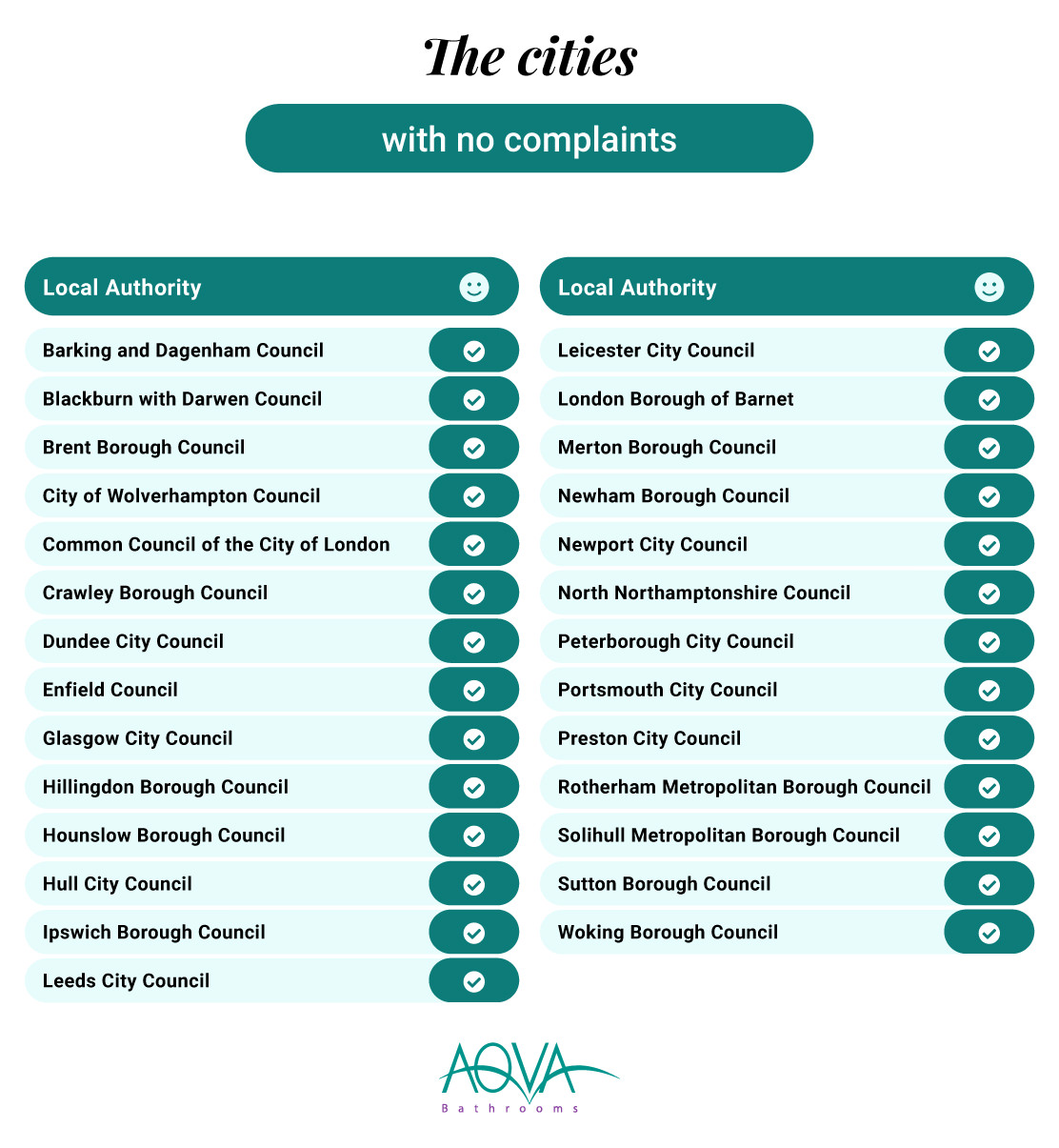 The importance of a clean bathroom

We all know that it's important to keep a clean bathroom, but do you know exactly why it is so important?

According to a 2015 American Society for Microbiology Journal research article, more than 77,000 distinct types of bacteria and viruses were discovered in 602 samples taken from the floors, toilet seats, and soap dispensers in four public toilet facilities. While not every single type of bacteria is going to be harmful to the health of those using those toilets, there is still a level of risk to health, particularly when public toilets are not cleaned regularly or thoroughly.

When using the toilet, our hands come into contact with toilet flushes, taps, door handles, and plenty of other areas. The danger presents itself when we then touch our own face or take the hand of someone else before we have been able to thoroughly wash our hands.

While we can't necessarily control the cleanliness of the public toilets we may use, we can make sure to wash our hands thoroughly with soap and carry our own hand sanitizer to use whenever necessary.

We submitted a Freedom of Information Act request to 108 UK councils, asking for information for the calendar year of 2021. We asked for "the number of complaints registered by members of the public regarding the cleanliness of public toilets", as well as the number of public toilets provided by the council and the toilets which received the most complaints regarding cleanliness.

The request was submitted on 14th January 2022 and full data was taken from the responses on 14th February 2022, so any responses submitted after this date were not included.

It should be noted that some councils were unable to provide data due to a number of reasons such as not having the information recorded in an easily accessible way.