Today, the 19th of November, is being celebrated worldwide is the first official United Nations World Toilet Day. This is the day when governments, corporate and social organizations will come together and work together to help provide toilets for those people who do not have the facility to defecate or urinate in a closed environment. 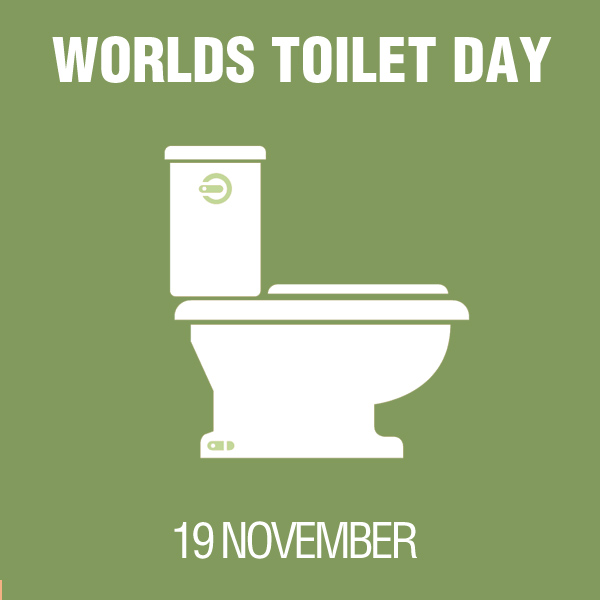 Lack of proper sanitation is a global problem

Globally, 2.5 billion people, that’s 1 in 3 people do not have access to a toilet. They have to defecate in the open using plastic bags or buckets. Some even use water sources for this task, thus contaminating the water with millions of germs and rendering it unhygienic. Having access to a toilet gives people a high sense of dignity and self-esteem, and also has a follow on effect on the lives of people who are comfortable in the thought that their private moments remain private. Someone has rightly said: “If water is life, sanitation is dignity.”

When hygiene is compromised, illness strikes

In the absence of toilets, germs can easily get into our bodies, causing illness and disease. When people are given the opportunity to answer their nature’s call in a toilet, instead of out in the open, the chances of their catching an infection considerably reduces. This ensures that they do not miss their work or are able to take part in the household chores. It also allows some funds meant for public health to be redeployed to the education of children, as healthy children will lead to full attendance at school.

For children, lack of proper toilets is an extremely significant issue, as a large number of deaths in children under the age of 5 are directly related to illness arising due to diarrhoea or diarrhoea related complications such as under nutrition and acute respiratory infections, as diarrhoea lowers the immunity levels of the child. Did you know that diarrhoeal diseases cause the death of one child every 20 seconds? The number of death is more that those from HIV, tuberculosis and malaria combined. These deaths are preventable with continuous improvements in sanitation, water and hygiene, which also play a major role in releasing people from the clutches of poverty. In some countries, women go out in the open to defecate after dark, which exposes them to the danger of attack from wild animals and, well, wild human beings!

It makes economic sense too

There are many benefits of having your own toilet, the major ones being that it’s private, clean and safe. These reasons are common to people in the developed and developing nations. According to industry experts, every dollar invested in improving sanitation generates a return of 5 dollars, as the health improvement of individuals ensures that they are fit enough to create wealth.

A message from the United Nations

The United Nations has recognised sanitation as a basic human right as close to 40% of the world’s population needs a toilet. In a strongly worded message to mark World Toilet Day, the UN Deputy Secretary General says: “It’s unacceptable from a moral and human rights perspective that this basic facility is denied to millions of people worldwide. Even from an economic perspective, this means that a large part of the world’s population is battling with sanitation related diseases and is unable to enhance their lives economically.”